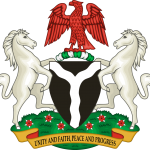 The Police Service Commission has commenced investigations into alleged Police misconducts in the country in line with its Constitutional mandate to hold the Police accountable for its conduct or misconduct.

The Commission has noted several reports from both the Media and the public on allegations of unlawful Police actions and has decided to Institute investigations into these perceived anomalies in the interest of the rule of law, human rights and natural justice.  All Police Officers involved in serious cases of misconduct will henceforth appear before the Disciplinary Committee of the Commission.

Hon. Chairman of the Commission, Sir (Dr.) Mike Mbama Okiro, a retired Inspector General of Police, has directed that cases of gross Police misconduct should subsequently be treated with dispatch.

Meanwhile the Commission is already looking into three cases of alleged Police misconduct across the country. They are; an alleged brutalization of an eight month pregnant woman at the Satellite Area of Lagos State who was said to have lost her pregnancy due to an alleged Police indiscretion;  the death of one Benson Obode who was said to have been arrested in Benin City, Edo State on May 21, 2015, by Policemen and detained in a Police cell where he allegedly died and  a petition from a Human Rights group, “Youth Advancement and Leadership Development Initiative (YAALDI) over an alleged gruesome murder of a young lady “due to the careless and negligent driving by some men of the Nigeria Mobile Police Force who were on duty and escorting a bullion van”.

The Commission however appreciates the efforts of Members of the Nigeria Police Force in ensuring the security of lives and properties in the country against all odds and by so doing, assisting in deepening the nation’s nascent democracy, but demands that they should strive to operate within the confines of the rule of law and respect for human dignity.